HONG KONG ~ IT'S ALL ABOUT THE MOUSE!

Our second stop on our Asian adventure took us to Hong Kong.  The population of Hong Kong was estimated at 7 million.  We stayed at the Intercontinental Hotel over looking Victoria Harbor.  Our view was incredible! 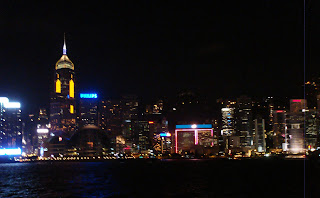 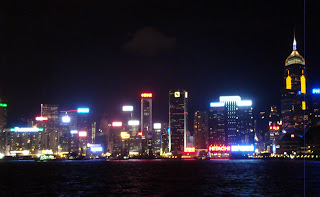 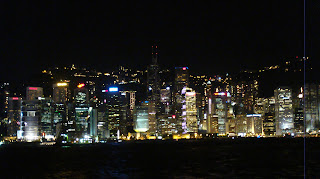 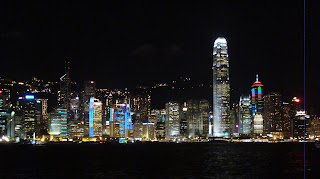 You have to imagine these four scenes as a panoramic shot...that is what we looked out over every night! And...at 8pm every night, there was a musical laser show that lasted about 15 minutes.  Lasers shot across the skies and a lot of the buildings were all decked out in lights that moved and changed colors and kept time with the music.  It was something to behold! 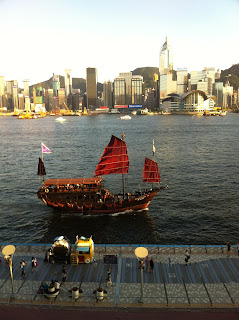 This boat floated by our hotel several times a day.  I loved it so I took this picture.  At night, it was all lit up and had a real ghost like appearance as the red sails fluttered in the wind. 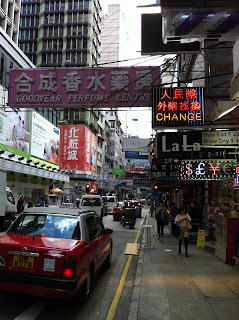 One of the main streets in the Kowloon side of Hong Kong (where our hotel was) is called "Nathan Street".  This street goes on for miles and off of it, you will find "The Night Market", "The Ladies Market"-famous for knock off designer clothes and accessories, "The Goldfish Market", "The Bird Market" and much more.  This is a view up Nathan Street.  You can find everything from Gucci to open air markets on this street.  Remember when I said that there are approximately 7 million people in Hong Kong?  I think ALL of them were on Nathan Street the day I went shopping!  ~smile~ 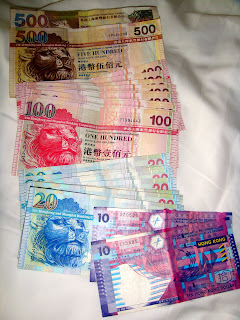 Here is what Hong Kong Dollars looks like.  I thought it was pretty ... so of course I did the tourist thing and had to keep a few of the denominations as well as the coin money.  Don't get excited!!  Their money doesn't equal ours.  I think this was about $400 US dollars that I cashed in.
We found out that there was a Disneyland in Hong Kong.  So, after my husband finished his business calls, guess where we headed ....... 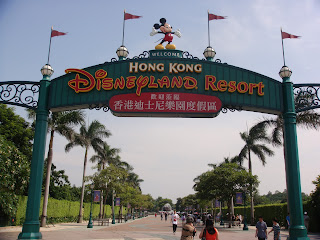 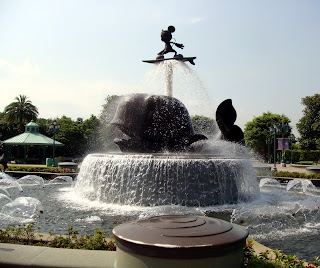 Mickey Surfing Fountain right outside the entrance into Disneyland. 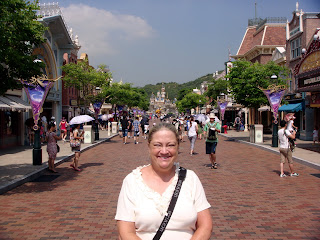 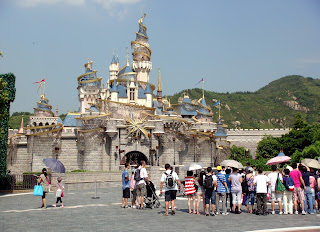 Cinderella's Castle.  It looks much different than the ones in the US and it is smaller.
THE PARADE IS COMING!!! 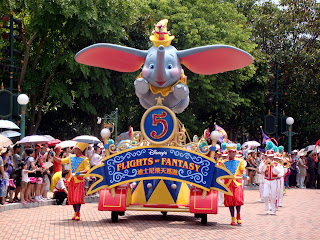 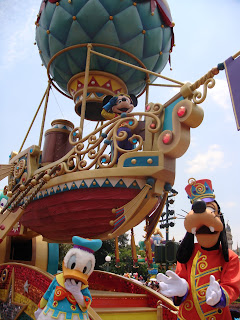 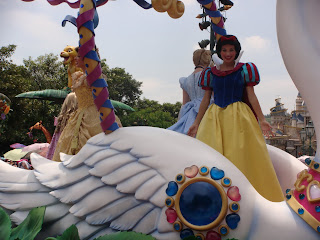 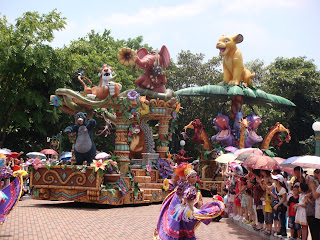 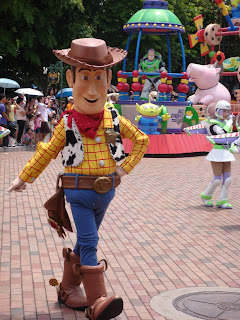 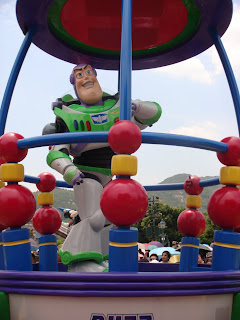 I snapped more pictures but you get the idea...  My grandsons were so thrilled that I am buddies with Mickey, Buzz and Woody! 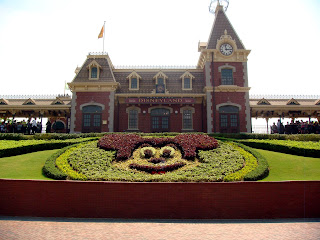 What is Disneyland without the Disneyland Railroad?  Of course we took a ride! 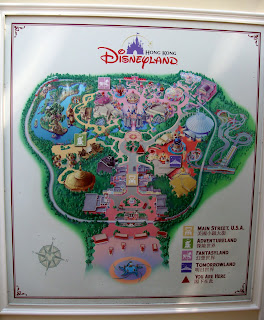 Here is a map of Disneyland Hong Kong.  It is a much smaller park than Disneyland or Disney World in the United States.  There was no Frontierland.  I guess that should not be surprising though because history in Hong Kong is much different than history in the United States!  There was no Haunted Mansion either...Bummer!
We still found Disneyland Hong Kong to live up to Disney's saying "The Happiest Place on Earth" and we thoroughly enjoyed our visit.
Tomorrow ... Beijing!
Posted by Candy C